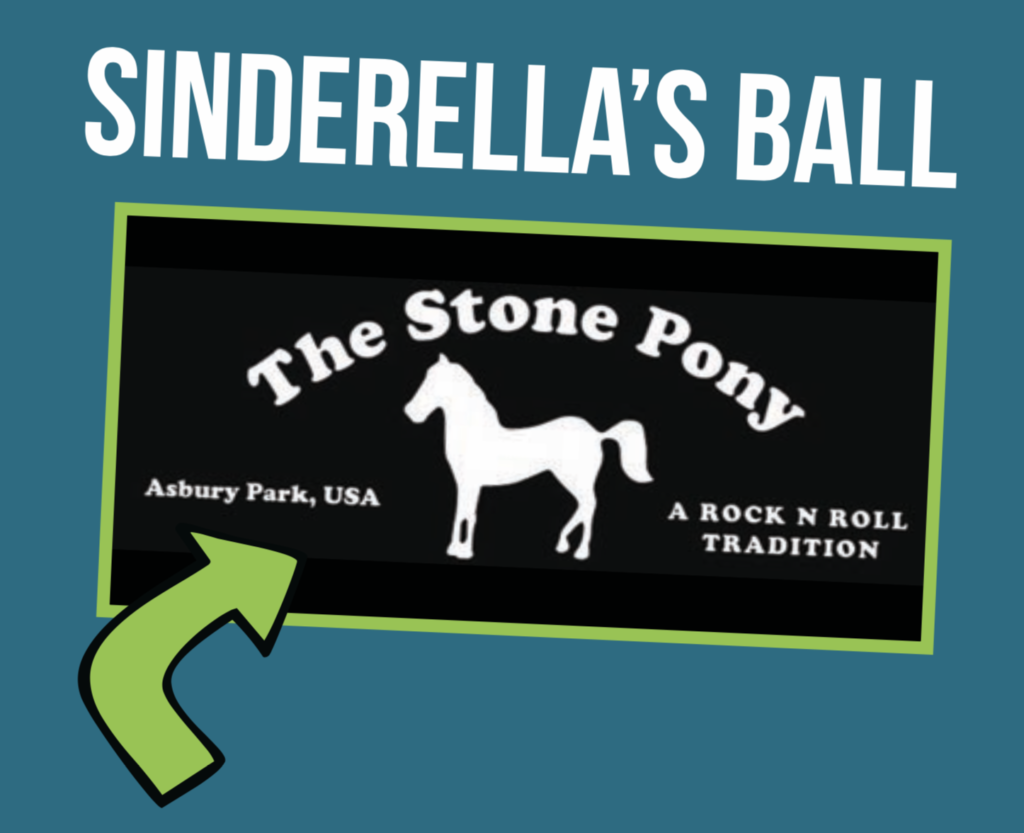 AND WHAT IS OUR MISSION?

WE ARE A GROUP OF PEOPLE that have been personally affected by ALS (Amyotrophic Lateral Sclerosis). ALS, also known as Lou Gehrig’s Disease, is a devastating progressive neurodegenerative disease that affects nerve cells in the brain and spinal cord.

We are PASSIONATE about doing all we can to help the pALS (people with ALS) and their families manage daily life as they navigate this disease.

The Sinderella’s Ball Team began its journey in 2013, three years after OUR HERO, Sindy Weiner was diagnosed with ALS. Since then we have held Annual events to raise money for the Joan Dancy and pALS Foundation. Our first three annual events were held at the Wonder Bar, in Asbury Park, NJ. In 2017, we moved to the Stone Pony to accommodate more supporters. We have raised over $100,000 each year.

OUR MISSION is to raise money for the Joan Dancy and pALS Foundation, an organization that provides assistance, services and programs to ALS patients and their families in our local communities. These resources enable pALS to live as fully and normally
as practicably possible.

A LETTER FROM A SINDERELLA’S BALL TEAM MEMBER

On October 13, 2017 my wife Sindy lost her 7 year battle with Amyotrophic Lateral Sclerosis (ALS), commonly known as Lou Gehrig's Disease. ALS is a devastating progressive neurodegenerative disease that affects nerve cells in the brain and the spinal cord. There is still no treatment or cure.

While there is research happening every day, the families living with the disease need support beyond research. What people with ALS and their families need is the support and resources to help them manage daily life. Particularly, they need assistance with the everyday physical, emotional and financial challenges in order to maintain as much normalcy and dignity as possible for as long as possible. Though devastated by the disease, pALS do their best to "Always Live Smiling".

Since 2012, my family and I have been affiliated with the Joan Dancy & pALS Foundation (www.joandancyandpals.org). The team at Joan Dancy functions as a support and resource group to offer ALS patients and their families the most extensive services and programs around. While research will benefit those with the disease in the future, those with the disease today need the help that the foundation offers. To sustain this charitable mission, Joan Dancy & pALS relies solely on donations and fundraising.

The team of Sinderella's Ball strives to help the people with ALS and their families sustain as much normalcy in their lives as possible. Thank you in advance.

There is currently no known cause for the disease.Is ALS a rare disease?It is more common than you might expect. About 5,600 people in the US are diagnosed with ALS each year and it is estimated that as many as 30,000 Americans have the disease at any given time. In fact, ALS is as common as multiple sclerosis.

ALS can happen to anyone. It most commonly occurs in men and women between the ages of 35 and 70,but people of any age, race, ethnicity, location or income group can get ALS.

WHAT ARE THE SYMPTOMS OF ALS?

Early signs of ALS can include muscle weakness, stiffness, and cramps, tripping, dropping things,abnormal fatigue of the arms and/or legs, twitches, slurred speech and uncontrollable periods of laughingor crying. Later signs include paralysis of the arms, legs, and trunk muscles, as well as the muscles that control vital functions such as speech, swallowing, and breathing.

DOES ALS AFFECT A PERSON'S MIND?

No. The vast majority of ALS patients remain sharp despite the progressive deterioration of their bodies. How long do people with ALS survive?The average life expectancy is two to five years.

CAN ALS BE CURED?

No, there is no known cure at this time. However, because of advances in research and medical care, many ALS patients are living longer, more productive lives.

People ask or wonder WHAT IT'S LIKE TO LIVE WITH ALS. It’s a brave question because the answers are not very pleasant. It’s also such a worthy question because understanding how this disease impacts those who suffer from it creates empathy which is so valuable; it carries us into another person’s world and allows us to understand what they’re feeling and how they’re hurting.

AS WE WATCH pALS STRUGGLE with things that used to be easy and automatic, we sometimes wish that everyone could see life from their perspective. If you would like to experience just a tiny corner of an ALS life, there is a list of Empathetic Experiences for you on the other side of this card.

These are things you can do to WALK FOR JUST A MILE IN ALS SHOES. If you try one, take a little time at the end to consider that PEOPLE ACTUALLY LIVING WITH THE DISEASE HAVE A MILLION MILES MORE TO GO.

WHERE DOES THE MONEY GO?

All money raised for SINDERELLA’S BALL is donated to Joan Dancy and pALS.

Although Joan Dancy encourages, they do not fund research. All donations help provide services and support for ALS patients and their families. We are proud to say that 96 CENTS OF EVERY $1.00 received is used for patient services!

When we hear stories from real people that have truly benefited from the resources at JOAN DANCY AND pALS it motivates us to continue the fight.

“I have experienced several support groups in this short time and I have to let you know what a difference your team made. The compassion and support we had from Pat helped us during many difficult times. She never made us feel like she was doing a job. She offered support and advice with true concern and compassion. Although I know how very busy she is, she was never too busy to help. I will always remember and appreciate that.”

- From a patient’s wife

“The Joan Dancy Foundation made it possible for her (referring to her Mom) to survive her last couple of years by donating the necessary machines, wheelchairs, hospital beds, shower chairs and the necessary TLC needed to get through the last few months of her life. We are indebted to you for your devotion and enthusiasm around this disease.”

- From a patient’s daughter

“Thank you for the support and love that your group provided the “M” family during the last two years. Your work is so important to those whose lives are touched by ALS.”
From a patient’s friend
“We thank you for the work you do and help you give to those who suffer from ALS. We all pray that a cure can be found so people do not have to go through this debilitating disease. God bless you all.”

- From a family member of a patient

“We would like to take a moment to thank you, and the entire organization for all that you have done to support our family during this difficult time. Words cannot express how grateful we are to know that you are only a phone call away. Joan Dancy would be so very proud and overwhelmed to see how her dream is being carried out. I hope that our family can do more in the future to support and contribute to this devastating cause. When your family is personally touched with such a debilitating disease, your sense of loneliness can really take over. As caregivers, we want to thank you so very much for all that you do to help our Mom’s quality of life. At this stage, all you can do is try to make her comfortable, and you are certainly helping us in achieving that goal. Again, thank you for everything you do in helping so many families and for being in our lives at this time.”

- From the children of a patient

WHAT CAN WE DO

TO MAKE A DIFFERENCE?

Through the generosity of local businesses, organizations and individuals, we have been able to make a positive difference in the quality of life of ALS patients, their families and their caregivers.

CONTACT US for more information about our sponsorship opportunities and how you can get involved and help us fight!